A former customer service representative for airlines at Los Angeles International Airport has opened up about all of the celebrities she has encountered on the job, revealing that some were unbelievably friendly and others were downright rude. Cindy, who is @_sincindy on TikTok, has dished about the A-listers who fly out of LAX and rated their behavior in a series of videos titled ‘Rating Celebs I’ve Met While Working At LAX.’

Cindy gave 25-year-old Jenner a rating of 2/10, saying she had encountered her in the airport a few times and wasn’t impressed by her behavior. 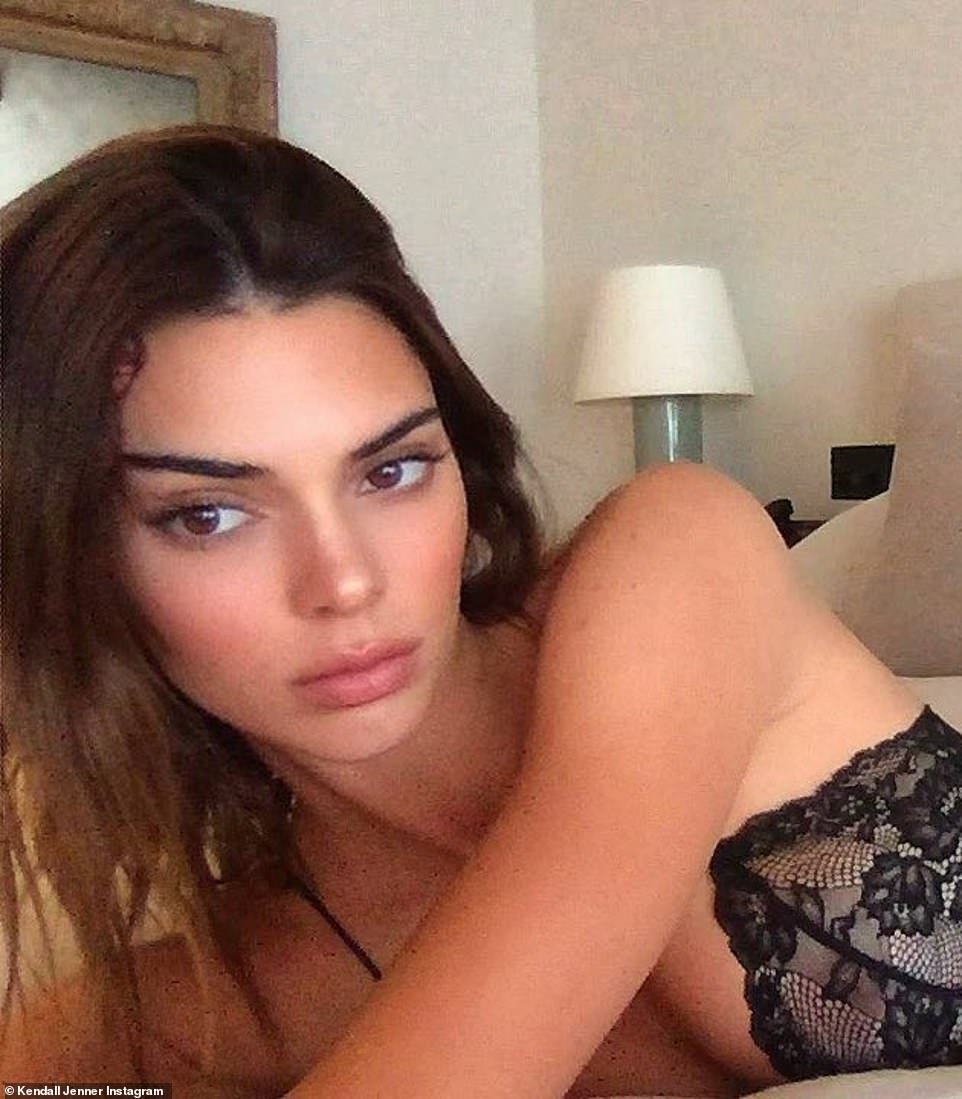 ‘She was not really friendly to anybody and just walked around like really arrogant,’ she explained in one of the clips.

Not a fan anymore: She also gave Nicki Minaj a 2/10, recalling how the rapper ‘wouldn’t get off the aircraft until everybody else got off’.

Cindy said they were both ‘super nice’ and talked with her as she lead them to their escort.

Cindy had a funny story about Dakota Johnson, who also received a high rating because of how nice she was. ‘She forgot her passport all the way in LA in the middle of traffic hours, so we had to delay the flight, and she still didn’t make it back,’ she explained. ‘But I made fun of her the last time she flew out. She laughed and was super polite.’ She said the incident was the only reason she got a 9/10 instead of a 10/10, but 31-year-old Johnson clearly had a sense of humor about the situation.

Hunks: Cindy has also met a few of Hollywood’s hottest Chrises — Hemsworth and Evans — and they didn’t disappoint. She gave Hemsworth a 10/10, saying that ‘he was always really polite to everybody’. ‘

He was even on a first-name basis with some of the staff,’ she noted. ‘And literally so handsome in person.’

She gave Evans, 40, a slightly lower score, but she was admittedly still starstruck over her encounter with him.

‘I still can’t believe this one. I’ve been in love with him since I was literally like eight years old,’ she explained. ‘He was flying out with his then-girlfriend Jenny Slate. He didn’t really talk to anybody. He was low-key, not trying to be seen or anything.’ She gave him an 8/10 because she told him to have a nice flight, and ‘he didn’t say anything back.’

Heartthrob Noah Centineo, 25, scored high in her ratings as well because he was ‘super nice’ and ‘super friendly.’ Cindy, who gave him a 10/10, hinted there even may have been a flirtation between them.

‘He came up to me to ask for directions to baggage claim and where to find his escort,’ she recounted. ‘I actually had a video of him and I deleted it a while back for really stupid reasons. Let’s just say if I was single when we had met, it would have gone down a different way.’

She also gave Robert Pattinson a 10/10, saying he was ‘nice’ and asked her how her day was. ‘ I told him to have a nice flight. He told me, “Thank you,” and gave me a wink,’ she shared. Thirteen-year-old me almost passed out on the floor.’

Cindy couldn’t help but gush about Orlando Bloom, 44, and his dog, giving both the actor and his pet a 10/10. ‘His dog was… adorable, and he was hilarious,’ she said. ‘He actually had my co-worker holding his dog because he had to run to do something, and then as he was boarding the aircraft, he said hi to everybody, which is something most celebrities never do.’

Cindy’s favorite celebrity encounter, however, was Criminal Minds star Matthew Gray Gubler. As an airline employee, she wasn’t allowed to take photos with any of the celebrities she met, but she ended up snagging a picture with him while on her lunch break. ‘We look like we’re friends,’ she said of the photo. ‘Literally my favorite celebrity that I’ve met.’

She was also charmed by Vampire Diaries star Daniel Gillies, who earned a 10/10.

Mr. Manners: ‘He actually took out his hand to shake mine, and I died,’ she said of Bad Bunny.

Excited: Cindy has also had separate run-ins with Supernatural stars Jensen Ackles, 43, and Jared Padalecki, 39, and as a fan of the show, she was thrilled to meet them.

Different ratings Padalecki was a 12/10 in her book, but she gave Ackles an 8/10, explaining he wasn’t that talkative whens he met him.

Stranger Things stars Charlie Heaton and Natalia Dyer earned a 9/10 for being ‘really nice’ and ‘friendly.

Cindy also had pleasant experiences with YouTuber Jeffree Star. ‘I know a lot of people don’t like him, but Jeffree Star was a 10/10,’ she said of the 35-year-old makeup mogul.

‘I saw him three times: The first time I didn’t say anything because I didn’t want to bug him. He checked in normal. He didn’t expect any special service. The second time around, he asked me what highlight I was wearing, which was, of course, his, and the third time around he remembered me and gave me a hug.’

YouTube star Cameron Dallas, 27, received Cindy’s worst rating — 1/10 — but she wasn’t surprised. She said he was exactly what she ‘expected.’ ‘He thought that it was funny [to be] running late to the plane as 400-plus people were waiting for him and my supervisors were yelling at him,’ she recalled. ‘He laughed and wanted to take his time getting on board. Not cute.’