In a court filing, Tesla accused JPMorgan of “bad faith and avarice” for claiming it was owed $162.2 million after unilaterally changing the terms of warrants it received when Tesla sold convertible bonds in 2014.

By changing the terms, “JPMorgan dealt itself a pure windfall,” Tesla said in its countersuit filed in Manhattan federal court.

“JPMorgan pressed its exorbitant demand as an act of retaliation against Tesla both for it having passed over JPMorgan in major business deals and out of senior JPMorgan executives’ animus toward Mr. Musk,” it added.

A bank spokesman, Brian Marchiony, said in an email: “There is no merit to their claim. This comes down to fulfilling contractual obligations.” 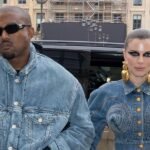