The tweets came a few hours after Brett Winton, director of research at Ark Investment Management LLC, tweeted “it is deeply weird that the internet tried to bully, threaten, extort and browbeat us into giving up on Tesla,” the electric-car pioneer that sold more than 936,000 cars last year.

To which Musk replied “the insane tweet FUD campaign & press hatestream of 2017-2019 is still easily found,” using the shorthand for fear, uncertainty and doubt.

Musk was particularly active in replying to other users. In one exchange he suggested that “maybe part of why traditional media outlets are so negative is because old habits die hard? They so rarely even try to be positive that said censorship isn’t the answer.” 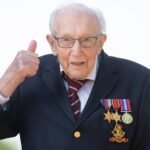