According to Bassett, she has fallen for the billionaire’s brains, “not his bank balance”, reports Daily Mail. At present, Musk has a net worth of $212 billion as the richest person on earth, according to Bloomberg Billionaires Index. Worth mentioning here is that Musk often grabs the headlines for his scientific experiments and predictions.Citing sources, the daily mentioned that Bassett had been following Musk for quite some time, and the two first became good friends and then after separating from his ex-wife Grimes, Musk got into a romantic relationship with the Australian actress. Recently, Bassett was spotted leaving Musk’s private jet in Los Angeles.“She’s gorgeous and could have her pick of men but says she adores Elon because he’s so smart and interesting to be around,” it said.Bassett will appear in the upcoming Elvis Presley biopic, playing the role of his girlfriend, Dixie Locke. She also played Britney Spears in the Lifetime movie “Britney Ever After”. 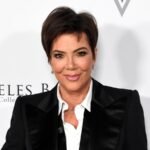 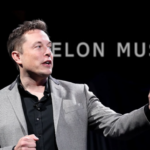