When CNBC asked about his lawyer accusing the SEC of leaking information, Musk wrote: “The SEC leaked confidential information to the WSJ, deliberately violating federal law. We found out about this because, in their eagerness to gain a scoop, WSJ jumped the gun and inquired about it with Tesla before, rather than after, SEC publication.”

CNBC reached out to the SEC and Wall Street Journal for comment on Elon Musk’s leak allegation. The SEC did not respond. The Journal declined to comment on its sourcing for the story.

Musk also opened up to CNBC about his tense relationship with President Joe Biden and cheered on the Justice Department probe of short sellers.

Musk wrote to his 62.5 million Twitter followers on November 6, 2021: “Much is made lately of unrealized gains being a means of tax avoidance, so I propose selling 10% of my Tesla stock. Do you support this?” Some 3,519,252 people responded, and 57.9% of them voted “Yes” according to the count displayed by Twitter. 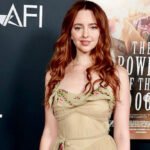