British Prime Minister Boris Johnson on Tuesday left for a tour of Poland and Estonia, Britain’s European allies neighbouring Ukraine which is fighting a bloody conflict with Russia.

In Poland, Johnson has a meeting with Prime Minister Mateusz Morawiecki to underpin the UK’s financial and diplomatic support for central Europe as it faces the prospect of a humanitarian crisis. He then travels on to Estonia, where he will join NATO Secretary General Jens Stoltenberg to meet British troops on the frontline of the Russian invasion in Tapa.

Today I will visit Poland and Estonia, two countries that are acutely affected by the current crisis in Ukraine. We have shared values that are more important than ever to protect, as the humanitarian situation gets worse, the UK PM said.

Alongside all our international allies the UK will continue to bring maximum pressure to bear on (Russian President Vladimir) Putin’s regime to ensure he feels the consequences of his actions in Ukraine. We speak with one voice when we say, Putin must fail, he said.

His visit comes as UK Foreign Secretary Liz Truss outlined further tough sanctions against Russia in the House of Commons on Monday.

We will continue working through our hit list of oligarchs, focusing on their houses, their yachts, and every aspect of their lives, Truss told parliamentarians.

More legislation will follow in coming weeks to sanction Russian-occupied territories in the Donbas, extending more sanctions to Belarus, and limiting Russian deposits in UK banks, she said.

The minister confirmed two new pieces of sanctions legislation as the UK keeps ratcheting up actions aimed at introducing a set of new powers against Russia’s financial sector. It includes powers to prevent Russian banks from clearing payments in Pound Sterling.

Truss told Parliament that with over 50 per cent of Russian trade denominated in Dollars or Sterling, the coordinated action with the United States will damage Russia’s ability to trade with the world.

And as soon as this legislation comes into force we will apply it to Sberbank Russia’s largest bank. I will also be imposing a full asset freeze on three further banks, VEB Russia’s national development bank, SovComBank the third largest privately owned financial institution in Russia, and Otkritie, one of Russia’s largest commercial banks, said Truss.

We will bring in a full asset freeze on all Russian banks in days, looking to coordinate with our allies. This same legislation will prevent the Russian state from raising debt here. And it will isolate all Russian companies that’s over 3 million businesses from accessing UK capital markets, she added.

The target is for Russian global giants like Gazprom no longer being able to issue debt or equity in London. Another piece of UK legislation will ban exports to Russia across a range of critical sectors, with impacted British businesses being offered support by the Department for International Trade (DIT).

On Tuesday, Foreign Secretary Truss is set to travel to Geneva to speak at the United Nations Human Rights Council, where she is expected to accuse the Kremlin of breaching human rights on an industrial scale, paving the way for a UN resolution which could go as far as expelling Russia from the Security Council.

It comes after Kremlin spokesperson Dmitry Peskov blamed “unacceptable” remarks about possible “clashes” between NATO the North Atlantic Treaty Organisation military alliance and Moscow, including by “the British foreign minister” for putting its nuclear forces on high alert.

The UK has categorised the heightened nuclear alert as an attempt by the Kremlin to “distract” from what was “going wrong” with its assault on Ukraine. 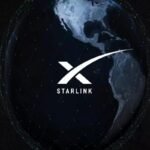 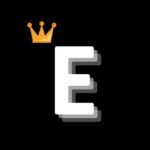