“I had one other name in mind, but Stormi always felt like her name from when she was in the womb. It’s almost like she chose her name. When they called me from the birth certificate office, and I was finalising the name, they were like, ‘How do you wanna spell it?’”

Kylie Jenner and Travis Scott were quick to decide baby Wolf‘s name wasn’t right for their newborn son … but to legally change a name ain’t as easy as you’d think. 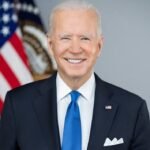