Putin was shown on TV being briefed by the military that the missile had been launched from Plesetsk in the country’s northwest and hit targets in the Kamchatka peninsula in the far east, it reported.

“I congratulate you on the successful launch of the Sarmat intercontinental ballistic missile,” Putin told the army. “This truly unique weapon will strengthen the combat potential of our armed forces, reliably ensure the security of Russia from external threats and make those who, in the heat of aggressive rhetoric, try to threaten our country, think twice.” 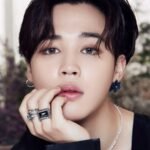