At 8:30 pm on May 8, BTS released the tracklist for CD 1 of the group’s upcoming anthology album, ‘Proof’. Scheduled for release on June 10, 2022, ‘Proof’ is all set to contain three all-new tracks, including the lead single ‘Yet to Come’. In addition to these three tracks, ‘Proof’ will contain the group’s past hits that “reflect the thoughts and ideas of the members on the past, present and future of BTS,” according to a statement by BIGHIT MUSIC.

Track 1, ‘Born Singer’ — first released by BTS in 2013 — is an adapted version of American rapper J.Cole’s ‘Born Sinner’. Meanwhile Track 19, ‘Yet to Come’, is the lead single for ‘Proof’ and is one of the three new tracks that will be appearing in the anthology album.

With part 2 and part 3 of the tracklist scheduled to be unveiled on May 9 and May 10 (at 8:30 pm IST on both days) respectively, fans are eagerly anticipating which other tracks from BTS’ extensive discography will be included in ‘Proof’. 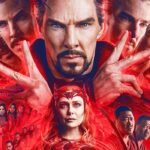