In an interview with Billboard prior to the ceremony, Diddy said that his mission for the night is to “uncancel the cancelled”, reports ‘Variety’.

“Travis went through a tragedy; Morgan (used the N-word) while talking to his boy. People make mistakes,” Diddy said.

“Now we’re moving on with love and respect for everybody that was hurt or affected. It’s time to forgive.”

Machine Gun Kelly dedicated his acoustic performance to his “wife” Megan Fox and their “unborn child”. 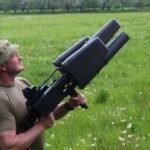