Elon Musk today shared a grid — the first column had laughing images of him, and the second column had his remarks on the Twitter deal.

The first remark read, “They said I couldn’t buy Twitter”. The next grid added, “Then, they wouldn’t disclose Bot information.”

This was followed by a reference to the legal action threat by the Twitter board: “Now, they want to force me to buy Twitter in court.”

A letter sent by his team read, “As further described below, Mr Musk is terminating the Merger Agreement because Twitter is in material breach of multiple provisions of that Agreement.”

“In short, Twitter has not provided information that Musk has requested for nearly two months notwithstanding his repeated, detailed clarifications intended to simplify Twitter’s identification, collection, and disclosure of the most relevant information sought in Musk’s original requests,” it added. 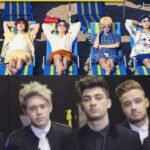