One of the first-ever help wanted ads written by Amazon founder Jeff Bezos is making the rounds on the internet nearly 30 years to the day it was first posted online.

“Well-capitalized Seattle start-up seeks Unix developers,” read the title of the job posting written by Bezos, which is dated Aug. 22, 1994.

The screenshot of the ad was posted by Krista Pappas, a Boston-based investor.

“Well-capitalized start-up seeks extremely talented C/C++/Unix developers to help pioneer commerce on the Internet,” Bezos wrote in the posting from 28 years ago.

“You must have experience designing and building large and complex (yet maintainable) systems, and you should be able to do so in about one-third the time that most competent people think possible,” the future billionaire wrote.

“You should have a BS, MS, or PhD in Computer Science or the equivalent.”

“Familiarity with web servers and HTML would be helpful but is not necessary.”

Well before remote work became possible, Bezos told would-be job holders at Amazon that they “must be willing to relocate to the Seattle area” though he added that the fledgling company “will help cover moving costs.” 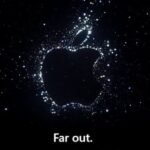