On November 15 local time, Billboard revealed that “BORN PINK” had ranked No. 118 on its Top 200 Albums chart for the week ending on November 19, marking the album’s eighth consecutive week on the chart.

“BORN PINK” is now tied with TWICE‘s “BETWEEN 1&2” for the longest-charting 2022 album by a female K-pop artist on the Billboard 200, with both albums having spent a total of eight weeks on the chart so far this year. 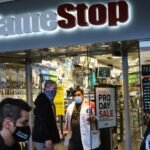