Lionel Messi and Argentina have their backs to the wall when they take on Mexico at the Lusail Stadium, knowing that a loss could see them suffer a humiliating group stage elimination.

The Albiceleste, of course, are in this position after losing to Saudi Arabia in what many have called the greatest upset in World Cup history.

Mexico would love nothing more than to knock Argentina out of the tournament after what the Albiceleste have done to them in past editions. El Tri were knocked out by Argentina at the last 16 in consecutive tournaments in 2006 and 2010, despite running them close.

The Argentinian anthem is absolutely belted out by the majority fans in the stadium. The Mexican anthem is first drowned out by whistles from the Argentine fans but eventually goes above those jeers. There is spice in the air already. 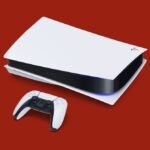