Elon Musk on Tuesday criticized San Francisco Mayor London Breed following a report the city is investigating Twitter Inc. for setting up bedrooms at its headquarters, saying the company was being unfairly attacked for “providing beds for tired employees.”

Twitter in recent weeks has turned several conference rooms at the office into makeshift bedrooms, complete with furniture like bedside tables and armchairs, according to people familiar with the matter. It no longer needs as many conference rooms now that thousands of employees have either been laid off or fired after the billionaire’s $44 billion purchase of the company in late October.

A spokesperson for the city’s Department of Building Inspections told the San Francisco Chronicle that it would conduct a site inspection on Twitter headquarters following a complaint about the bedrooms, a possible violation of the building code.

In a tweet, Mr Musk attached a link to a recent Chronicle report about a baby’s near death after allegedly accidentally ingesting fentanyl at a San Francisco playground. After the incident, Breed tweeted “it’s important to keep public spaces safe” and said those who sell the drug must be held accountable. 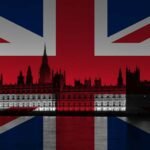