Elon Musk has been undertaking “crazy cost cutting” measures at Twitter. The remaining employees at San Francisco headquarters of the microblogging platform have begun bringing their own toilet paper to the “smelly office” after the company cut back on janitorial services, according to a report in New York Times (NYT). The layoffs came after the janitors went on strike for higher pay.

The lack of janitors has “left the office in disarray,” with bathrooms that have “grown dirty” and persistent odours of “leftover takeout food and body odour,” NYT said citing sources familiar with the situation.

As reported, some employees are bringing their own toilet paper because there are no janitors on hand to replace supplies. “Chief Twit” is said to have crammed the employees onto two floors while closing down four others.

Twitter has also asked its employees to work from home since the company has stopped paying rent entirely at its Seattle building. According to the report, the microblogging platform will most likely only have offices in New York City and San Francisco. However, the company is said to have skipped rent at its Bay Area headquarters and San Francisco office. Cleaners and security guards were also laid off at one of the company’s New York offices. 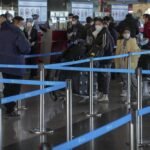 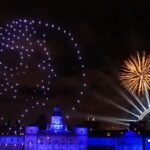