A tribute to the late Queen and featured in London’s New Year fireworks display, as more than 100,000 people gathered on the banks of the Thames to mark the beginning of 2023.

Some 12,000 fireworks lit up the sky in the sold-out show, which was created with the theme of “love and unity”.

The tribute to the Queen, who died in September, featured a voice recording from her and words from Dame Judi Dench. 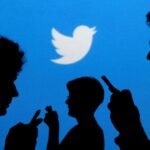