Facebook owner Meta is expected to decide whether the social media platform will allow former US president Donald Trump to be back on Facebook and Instagram, a report in the Financial Times said. This comes after Donald Trump was reinstated back on Twitter.

Meta was earlier expected to take the call by January 7, but the report stated that it has now been moved to sometime later this month. The social media company has set up a working group to focus on the issue, the report claimed adding that the group includes staffers from public policy and communications teams along with members of the content policy team. 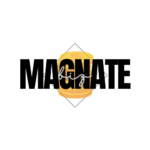